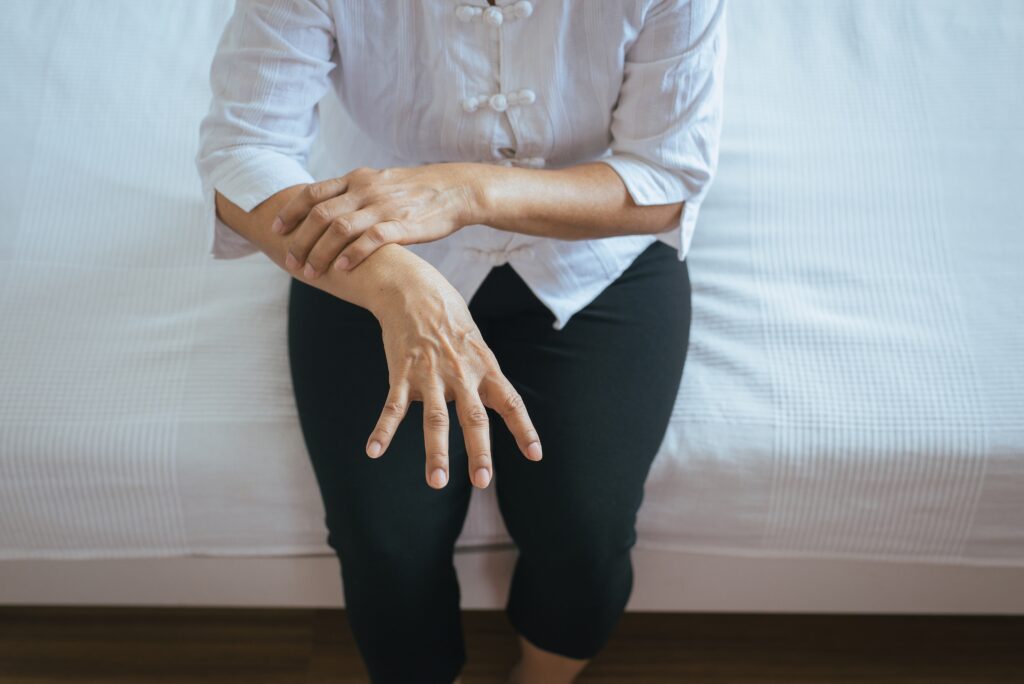 With bradykinesia, a slow buildup of muscle activation occurs due to undefined energy failure. Bradykinesia occurs as a common side effect of some medications (such as antipsychotics) or Parkinson’s disease. Although the pathogenesis of bradykinesia remains unknown, scientists believe that the basal ganglia fail to support cortical mechanisms during movement preparation and execution causes bradykinesia. Other causes of bradykinesia include stroke, brain tumors, hypothyroidism, exposure to toxins, hydrocephalus, multiple system atrophy, etc. A variety of Parkinson’s diseases such as vascular parkinsonism results in bradykinesia. Sometimes people confuse bradykinesia with some close conditions such as hypokinesia and akinesia. Here, hypokinesia refers to the smallness of movement and akinesia means the absence of movement. The symptoms of akinesia comprise delayed reactions, freezing during movement, or inability to move.

What Are the Common Signs and Symptoms of Bradykinesia?

Individuals, on the other hand, experience bradykinesia in various ways. People have diverse reactions to this problem, and not everyone goes through the same stages. A person suffering from bradykinesia walks slowly. A person with bradykinesia may suffer the following symptoms in addition to slow movements and reflexes (di Biase et al., 2018):

Patients with bradykinesia lose their ability to talk clearly and over time, their voice will get quieter and softer, and their sentences will become more difficult to comprehend. This ultimately increases the chances of falling in patients with Parkinson’s disease. Therefore, bradykinesia affects a person’s regular routine and causes impairment to do daily tasks. During an activity, a person with bradykinesia may experience a “sequence effect,” in which movement patterns shift. For example, a person’s steps may get smaller as time goes on. This condition becomes frustrating due to its unpredictability. Here, patients may be able to move freely one minute and require assistance the next.

How Do Spinal Specialists Diagnose Bradykinesia?

The results of this test help neurosurgeons to aid in determining whether or not someone develops bradykinesia and the severity of the condition. Neurosurgeons also observe rapid alternating movements in the upper and lower extremity of patients to establish the diagnosis of bradykinesia. The neurosurgeons look for a decrease in the pace and/or amplitude of movement during these motions. Neurosurgeons access bradykinesia by using some tests such as fist close/open, finger tapping, toe-tapping, heel tapping, pronation/supination of the hand, etc.

How Do Fort Worth Neurosurgeons Treat Bradykinesia?

The treatment procedure of bradykinesia depends upon the cause. Fort Worth Neurosurgeons recommend surgery, meditation, and other techniques in the case of a brain tumor or stroke (Dai, Lin, & Lueth, 2015). However, most bradykinesia develops with Parkinson’s disease. Low levels of dopamine in the brain cause the symptoms of this condition. Therefore, increasing the body’s dopamine level can improve the condition. Some medications that can boost the dopamine level may include dopamine agonists, monoamine oxidase, levodopa, amantadine, carbidopa/levodopa combination, etc. Levodopa helps to control the movement symptoms of Parkinson’s.

If the above treatment fails, neurosurgeons recommend surgical options like deep brain stimulation. This includes implanting electrodes into the brain and a neurotransmitter under the skin to stimulate the brain. A wire helps to connect these 2 parts. Through the electrode, the neurotransmitter sends an electric impulse along the wire to the brain. This impulse prevents the electric signals that cause symptoms of bradykinesia.

In addition to surgery and medication, other approaches like physical therapy and exercise can help patients with bradykinesia. Regular exercise help patients to strengthen their muscles and restore their neurological functions. Neurosurgeons suggest patients for consultation before changing their daily routine. For any information, please contact us.

Founded by Neurosurgeon, Dr. Grant Booher, Longhorn Brain and Spine focuses on a patient-centered approach to alleviating North Texans from Neurological and Spinal Pain.  Dr. Booher and his clinical team believe in exhausting all non-invasive protocols first and if needed, employing the least invasive procedures necessary to treat the patients.

Dr. Booher believes in a conservative, individualized and holistic approach when it comes to his patients. He prefers exhausting all nonsurgical options and proudly offers the least invasive techniques when clinically indicated. He strives to treat every patient like a member of his family. During his free time, he and his wife enjoy watching sports, listening to Texas country music, and traveling.