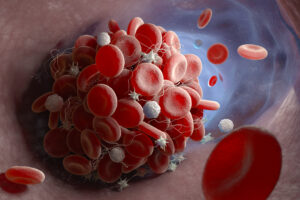 What Is a Cavernoma?

The medical term “Cavernoma” refers to a cluster of abnormal blood vessels that looks like a raspberry, usually found in the brain or spinal cord (Lee et al., 2019). Cavernoma, also known as cavernous hemangiomas, cavernous angiomas, or cerebral cavernous malformation (CCM) which ranges from a few millimeters to several centimeters across. It’s brimming with blood that runs slowly via “cavernous” vessels. Although a cavernoma may grow larger, they do not spread to other regions of the body. It’s filled with blood that flows slowly through “cavernous” vessels. Small volumes of blood ooze (inwards) within the cavernoma or (outwards) into surrounding tissue when the cells lining the blood vessels ooze. Cavernoma can potentially affect other parts of the body, including the spine.

A cavernoma can develop for a variety of reasons. Among them, genetics acts as a major cause (less than 30%) of cavernoma, which requires genetic testing for accurate diagnosis. Parents with the genetic type of cavernoma possess 1 in 2 chances of passing this disease to their offspring (Shervin, Modabbernia, Sepideh, & Fred, 2005). Other causes of cavernoma include past radiation exposure, such as brain radiotherapy received as a child. In the USA, approximately one in 200 people develop cavernoma. Many people develop cavernoma at birth, while others emerge later in adulthood, frequently in conjunction with other endovascular anomalies such a venous malformation. The majority of people have never had a cavernoma in their family. CCM affects one in every 100 people in the United States, approximately 3.5 million people.

What Are the Common Signs and Symptoms of Cavernoma?

Depending on the location of cavernoma, the type, severity, combination, and duration of symptoms may differ. Single or many cavernoma at the surface of the ‘hemispheres’ or ‘lobes’ in the brain causes epileptic seizures. Cavernomas may not cause any symptoms at first, but roughly 1 in every 3 persons with cavernous angiomas may develop symptoms at some point in their lives, usually between the ages of 20 and 40 (Cisneros, Rehmani, & Garcia de de Jesus, 2019). Common symptoms of cavernoma may include headache, seizures, neurological problems like loss of vision, balance problems, dizziness, tremors, memory and attention problems, incoordination, weakness of limb, spinal cord injury, brain hemorrhage which may produce stroke-like symptoms, etc. Other symptoms of ruptured cavernoma may include a sudden, intense headache, nausea, and vomiting, weakness, numbness, tiredness, sensitivity to light, fainting, or loss of consciousness. Although, many cavernoma cases can remain unnoticed due to lack of symptoms. Sometimes severe brain damage causes death among patients in rare cases.

How Do Spinal Specialists Diagnose Cavernoma?

Fort Worth Neurosurgeons usually perform brain imaging tests to diagnose any neurological problems and observe any cavernous malformations in the brain. Later, neurosurgeons can perform more extensive testing based on the specific symptoms of the patient. These include (Augenstein, Chapman, McNeil, & Lo, 2019):

How Do Spinal Specialists Treat Cavernoma?

Based on the clinical presentation and factors such as size, location, and the number of lesions, neurosurgeons will design the treatment protocol for a patient with cavernoma. While treating cavernoma, the medical team requires a skilled neurologist, a neurosurgeon, a neuroradiologist, and other specialists. Treatment procedure may include (Salman et al., 2016):

Neurosurgeons can treat cavernoma patients according to their produced symptoms. For patients with seizures and headaches, neurosurgeons suggest specific medications to control these symptoms.

If the above all option fails, neurosurgeons will go for surgery. This approach reduces the risk of brain hemorrhage and acts as a life-saver. Neurosurgeons can try neurosurgery or stereotactic radiosurgery to recover this condition. Neurosurgery helps to remove the cavernoma by exposing the brain through craniotomy techniques in patients. During radiosurgery, neurosurgeons use radiation therapy to prevent the growth of cavernoma. For any information, please contact us.

Founded by Neurosurgeon, Dr. Grant Booher, Longhorn Brain and Spine focuses on a patient-centered approach to alleviating North Texans from Neurological and Spinal Pain.  Dr. Booher and his clinical team believe in exhausting all non-invasive protocols first and if needed, employing the least invasive procedures necessary to treat the patients.

Dr. Booher believes in a conservative, individualized and holistic approach when it comes to his patients. He prefers exhausting all nonsurgical options and proudly offers the least invasive techniques when clinically indicated. He strives to treat every patient like a member of his family. During his free time, he and his wife enjoy watching sports, listening to Texas country music, and traveling.