What is a Cerebellar Tonsillar Ectopia? 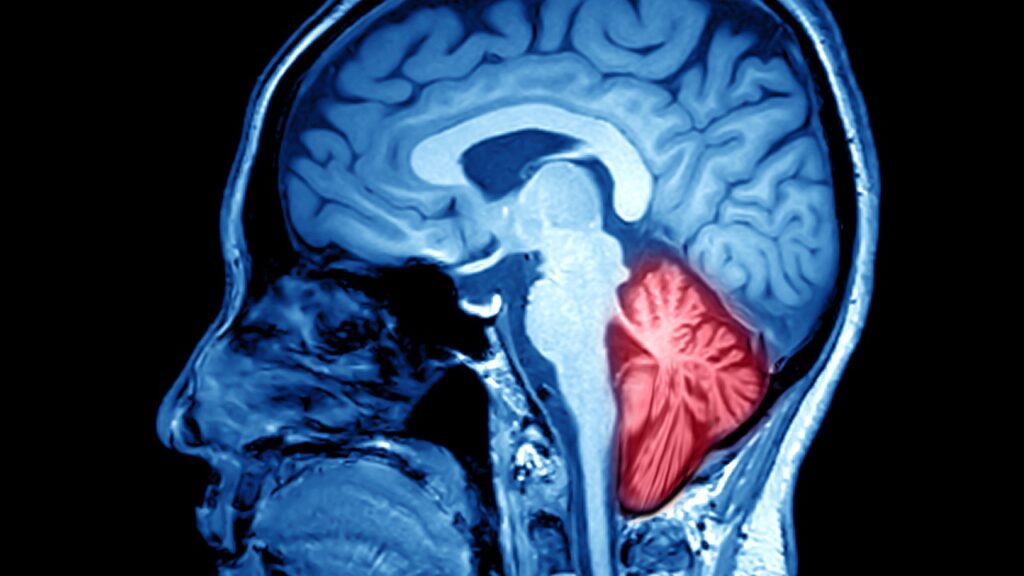 Low-lying tonsils usually locate slightly below the base of the skull and measure less than 5 mm. This refers to a subtype of Cerebellar Tonsillar Ectopia in which the cerebral tonsils descend through the foramen magnum. Some authors prefer saying Low-lying Tonsils over benign tonsillar ectopia since not all cases with protrusion cross 5 mm become malignant or asymptomatic. The most common variant of the Chiari Malformations includes Chiari malformation type I, also characterized by a caudal descent of the cerebellar tonsils through the Foramen Magnum.

What Are The Common Symptoms And Causes of Cerebellar Tonsillar Ectopia?

Most patients with Cerebellar Tonsillar Ectopia usually present occipital headaches as a common symptom. Patients usually feel this pain near the base of the skull. This headache may radiate to cause pain in the neck and shoulder. Patients usually describe this pain as sharp, throbbing, brief, or pulsating. These symptoms even get worse by sneezing, straining, or coughing. Additional symptoms of Cerebellar Tonsillar Ectopia may include 3:

The signs and symptoms of patients with Chiari malformation can differ from one person to another. Some individuals may not produce any symptoms or remain asymptomatic while others may develop serious manifestations like neurological deficits. Patients with Chiari malformation can produce abnormalities in the eyes such as double vision, blurred vision, nystagmus, abnormal sensitivity to light or photophobia, and pain behind the eyes.

Individuals diagnosed with a Chiari I Malformation may develop a cyst in the spinal cord (syrinx) called syringomyelia. This cyst can expand over time and produce additional symptoms such as muscle spasm, muscle weakness, abnormal spinal curvature, loss of sensation, loss of muscle mass, etc. A series of causes ranging from congenital to acquired can cause syrinx 4.

How Do Spinal Specialists Diagnose

Diagnosis of Cerebellar Tonsillar Ectopia depends upon the symptoms of patients and further examinations. Fort Worth Neurosurgeons usually observe abnormal findings upon the neurological examinations. Neurosurgeons may perform several imaging techniques, such as magnetic resonance imaging (MRI), cine MRI and X–rays, to confirm the diagnosis. This condition affects individuals of every race and ethnicity. A study found a more frequent occurrence of Chiari malformation in females than males and symptoms typically reflect the degree of descent 4.

How Do Neurosurgeons Treat a Cerebellar Tonsillar Ectopia?

Treatment of conditions associated with Cerebellar Tonsillar Ectopia usually depends upon the symptoms exhibited by the patient. This requires a patient-specific treatment by a professional medical team from multiple specialties. This team may include neurosurgeons, pediatricians, and ophthalmologists. Patients with asymptomatic Chiari I Malformations do not need treatment. But physicians recommend monitoring this condition regularly to check the progress. Most patients with mild symptoms respond well to non-surgical and conservative treatment. Other treatment protocol includes 5:

This procedure includes the removal of a piece of the skull (craniectomy) to relieve pressure and compression on the brainstem. Also, this involves the removal of part of the bony covering of the spinal canal, called a laminectomy, to provide more room for CSF circulation. Ultimately, this enlarges the foramen magnum and improves the patient’s condition.